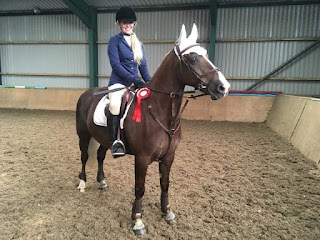 - THIS SUNDAY, 11th March 2018
Thank goodness the snow is disappearing, what a week!

Now we can all look forward to some showjump...ing this weekend at Lane Farm, please refer to our Showjumping Sunday schedule for classes and details.
https://drive.google.com/…/1YyUntOLFpijqGWSg1UAbQnRnO…/view…


For any newcomers amongst you, this show runs every second Sunday in the month.
Apart from rosettes and prizes on the day we have our own Shooting Stars league for the 50cm/60cm and Grand Slam leagues for the 70cm/80cm. All placings means points for these
Leagues … Culminating in League Championship winners at the end of the 12 months.

After some exciting competition we are delighted to announce our League Champions for 2018.
A huge congratulations to our League Winners and thank you to everyone who supported Lane Farm’s Showjumping Sundays.

New leagues commence at this Sundays Show so come along and join in the competition and have some fun.
Our schedule incorporates British Showjumping Club Classes, unaffiliated riders compete in these classes also. Any BS ‘Club’ members gain points for places for the British Showjumping Club leagues. Join BS for £30.00 and qualify for the National Championships at Stoneleigh in August!
A British Showjumping Course Designer and Judge, officiate at our Showjumping Sunday.
‘Jo and Jeans’ van will be there for hot food and importantly, you can rest assured we have full
1st Aid cover on site with Rapid Reaction first aid event team.
Hope to see you Sunday!
L.F.E
Newer Post Older Post Home